Karen Mudd
14:19 20 Aug 21
I needed FTA Law for help with some land registry problems. Sarah Rudd was extremely helpful and streamlined everything. Some documentation needed to be done in a hurry and she hurried it all through, saving me a lot of money in the process. I would highly recommend this firm and Sarah Rudd in particular. Many thanks!

UPHOLSTERY M8 Insert
13:26 30 Jul 21
Due to the pandemic I was unable to have a face to face meeting, however I found that the zoom meeting was just as good. I was very happy with the way I was made to feel at ease during out discussion and how I have been kept up to date with everything. Very friendly and professional team. I would highly recommend FTA Law

Ruby Mahal
10:56 16 Jul 21
Thank you Sonia Bhachu and the team for providing us with such great service. They have helped us with a number difficult/complex cases such as – NHS Disputes, Contract Claims and lots more!Her and her team are reliable, professional and extremely efficient! I would highly recommend them.

J Smith
16:26 01 Jul 21
I would like to thank Sonia Bhachu and her team at FTA Law for their professionalism, support and attention to detail in my dispute with NHS England. Throughout an extremely stressful situation it was incredibly reassuring to know that FTA Law was working on my behalf, and that eventually the matter was resolved entirely in my favour. I would recommend FTA Law to anyone who may require such assistance.

Jenna Comins
10:30 30 Jun 21
I was advised to use FTA law through being a member of the BSDHT. I not only received excellent advice but felt I was put at ease about my situation. I would highly recommend FTA law to anybody with a query or worry which may require legal advice. I am very happy with the service provided and will definitely use FTA law services again should I need to.

Farooq
09:52 22 Jun 21
Lindsay Dixon worked on a couple of cases for me and I cannot recommend her highly enough:Knowledge base - extensive and comprehensive. She was always ahead of the curve and strategised superbly throughout.Communication - clear and punctual. Available out of hours for time critical matters. Always showed empathy when needed. Humble, kind and does not talk down to you like many arrogant solicitors.Expenditure - Always felt she was going out of her way to keep my costs down. Does not take advantage of you.A rare breed of lawyer who is down to earth, gives you full attention whilst delivering the success you need.

Emma Rogers
17:36 04 Jun 21
Absolutely 100% recommend FTA Law... The quality of the service I received was second to none... My case was handled professionally and I will definitely use them again.

Julie Coop
15:37 23 May 21
I was helped by Elizabeth Last from FTA LAW recently with some contract issues I had through work. She was brilliant! She listened to my concerns, took all the information away read and digested it and came back to me with easy to understand explanations of wordings along with support. I can't fault the service I received and I would definitely use them again and recommend FTA LAW to anyone who needed them .

Tina
21:10 31 Mar 21
Thank you to everyone at FTA Law for all your support and advise during a very stressful time. Perseverance, patience and hard work during one of the most difficult times to sell a practice paid off. Very friendly, and always happy to answer all the numerous questions and phone calls.Thank you for getting us through the whole process of the practice sale. Tina Ferguson

Lorraine Redland
15:12 23 Mar 21
I have been working with FTA Law for a number of years, and cannot recommend them enough. We have used them for ongoing employment law advice, as well as contracts as well as litigation, and all of the teams are equally supportive and knowledgeable.

margetts burton
19:22 22 Feb 21
We needed some employment advice and had a good experience with them previously when buying our practice. Again, offered reliable advice and were on hand whenever we needed to give guidance. Will be using them in the future.

Simon thackeray
13:20 21 Jan 21
Have been using the Team at FTA for a couple of years now, and more recently using their 'Oracle' Service. Exceptionally professional and responsive service is the norm, and the breadth of knowledge from the team is excellent. All this is very reassuring especially as when you need this service, you are likely to be experiencing some form of HR situation that is well out of your expertise! Very happy client here, and feel this is one of the more important business investments I make each year..

Seema Sharma
11:54 20 Jan 21
I have used FTA Law for all my HR processes across 3 dental practices for 5 years now and just do not know how I thought I could "do HR" myself before that. The support they provide is personal, responsive and reassuring. A special shout out for Elizabeth Last who has addressed questions about contracts, associate letters, handbooks, staff absence, poor performance, bonus schemes and literally every other HR query I have! I would highly recommend this firm if you want great HR advice and complete peace of mind.

Karima Beamish
11:27 20 Jan 21
FTA Law have been a huge support and I don’t know how I managed without them!They are always at the end of the phone to respond to any queries and always provide, prompt, professional and helpful advice.I like to say a special thanks to Maddie and Andrea for their great advice and reassurance during very stressful situations I have faced as a Dental Practice owner.It’s one of the best investments our business has made and I would highly recommend them.Thank you!

Louise Hand
08:37 15 Oct 20
FTA were responsive to our needs, but more importantly they gave us the time we needed and in a way which we understood at all times the work that they were undertaking for us. They were professional, quick to respond to our questions and worked hard in understanding our particular circumstances and needs. I would highly recommend them to friends, family and other businesses. Elizabeth Last great, thank you.

Akruti Mehta
10:05 14 Oct 20
We joined FTA about 2 months ago and I can't understand why we didn't do this sooner!They have taken the weight/stress of dealing with the HR side of the business off my shoulders entirely and the team is always on hand to provide assistance in all situations.What really struck me about them was the efficiency and their super quick responsiveness and it really puts your mind at rest knowing you have the FTA team on standby to deal with any queries you may have.I strongly recommend joining their services - its a worthwhile investment and they really do look after you.Thank you to Andrea, Maddie and Elizabeth for all your help and assistance so far - Maddie, you especially have had to answer many of my 'silly questions' and thank you for being so hands on all the time.Great work guys !

Clare Greenhalgh
08:59 14 Oct 20
Without doubt one of the best investments I’ve made during practice ownership.Impressed by the ability to contact the team and always have my call answered.They’re patient and understanding, drafting and redrafting documents as required for a busy and dynamic practice.I’d recommend the Oracle service to any practice owner and suggest they make the move sooner rather than later.

Molly Roberts
09:15 03 Aug 20
We would highly recommend FTA Law - the services that they provided were second to none.They were always prompt to respond to our queries and gave very professional and helpful advice.With special thanks to Andrea Staley for her patience, great advice and for making a potentially rather difficult process as stress-free as possible - We are so grateful for their assistance and cannot recommend them enough. Thank you!

ADAM President
13:01 14 Jul 20
The expertise, professionalism, customer service and value for money we experience with FTA Law is excellent. nothing is too much bother and the reassurance they provide during sometimes difficult situations is very much appreciated. Anyone looking for HR and Employment law support will be thrilled with their services....plus a lovely bunch of people who cut out the legal jargon in a no nonsense manner.

Sofia Mendes
07:22 10 Jul 20
Having worked very closely with FTA LAW for over a year, I can undoubtedly say they have been extremely professional, always on the end of the phone if I need help or even just have a simple question. Always supportive. Everytime you call you have a friendly voice at the end of the line, most importantly for me has been that everyone seems to be fully informed of everything, no matter who you speak with, there is always an answer.All the team is extremely knowledgeable, dedicated and above all very professional.

Jaspal Bhachu
19:48 02 Apr 20
I approached FTA Law, via recommendation, for employment and HR advice as I required clarity regarding furlough leave for my employees. Sarah, was the one that provided me with my advice regarding the sensitive issue She knew exactly what’s she was talking about, especially regarding something that had only been issued to the public a few days previous. Sarah answered my immediate questions and gave me clarity on the situation without hitting me with legal jargon. I would highly recommend Sarah for her employment expertise. Director - Martin & Co - Wakefield
See All Reviews Write a review

The fact that the UK has voted to leave the EU raises fundamental questions regarding the current laws and regulations which will affect all areas of law, not just employment law. For dental practices and small businesses it has never been so important to have a friendly solicitor at the end of the phone so you are kept aware of the changes. It is not the job of a dental practice owner or manager to know the ins and outs of what (if any) changes are on the horizon, however you can rely on the solicitors who are legally trained to keep you aware of the changes.

With apparently two years from the trigger of Article 50 there is much for the UK government to consider in respect of what the law at the date of exit will be. It will of course, depend on the extent to which the UK government decides that existing EU legislation should no longer form part of English law once the UK has left the EU. 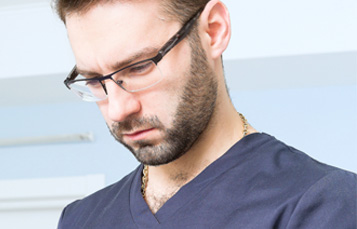 Which way the UK government takes us is yet to be decided, and FTA Law will continue to keep you updated.

It may decide to adopt the model used by a number of former British colonies on independence: that is, the law will not change retrospectively. This would mean that existing EU Regulations (and implemented Directives) would remain unless and until replaced. This certainly would be the straightforward solution, but it would not mean that there would be no change to the law at all.

Another option would be for the UK government to prepare legislation in particular areas to replace specific EU legislation at or shortly after Brexit. Given the pervasive nature of EU legislation (and the fact that some of it forms part of UK primary and secondary legislation by means of the implementation of EU Directives, such as the Data Protection Act 1998), it seems unlikely that the UK government would simply repeal any part of English law that originated from the EU without giving any thought as to its replacement, as this would create significant uncertainty.

The team at FTA Law provides advice to clients across the commercial and healthcare sectors with many of our instructions coming from referrals from long standing clients and industry contacts.

We understand that price is a big concern for our clients and we always aim to offer a fixed fee for our services.

FTA Law Limited is registered in England and Wales with Company Number 09885679.
Authorised and regulated by the Solicitors Regulation Authority
SRA Number: 627194