Louise Hand
08:37 15 Oct 20
FTA were responsive to our needs, but more importantly they gave us the time we needed and in a way which we understood at all times the work that they were undertaking for us. They were professional, quick to respond to our questions and worked hard in understanding our particular circumstances and needs. I would highly recommend them to friends, family and other businesses. Elizabeth Last great, thank you.

Akruti Mehta
10:05 14 Oct 20
We joined FTA about 2 months ago and I can't understand why we didn't do this sooner!They have taken the weight/stress of dealing with the HR side of the business off my shoulders entirely and the team is always on hand to provide assistance in all situations.What really struck me about them was the efficiency and their super quick responsiveness and it really puts your mind at rest knowing you have the FTA team on standby to deal with any queries you may have.I strongly recommend joining their services - its a worthwhile investment and they really do look after you.Thank you to Andrea, Maddie and Elizabeth for all your help and assistance so far - Maddie, you especially have had to answer many of my 'silly questions' and thank you for being so hands on all the time.Great work guys !

Clare Greenhalgh
08:59 14 Oct 20
Without doubt one of the best investments I’ve made during practice ownership.Impressed by the ability to contact the team and always have my call answered.They’re patient and understanding, drafting and redrafting documents as required for a busy and dynamic practice.I’d recommend the Oracle service to any practice owner and suggest they make the move sooner rather than later.

Molly Roberts
09:15 03 Aug 20
We would highly recommend FTA Law - the services that they provided were second to none.They were always prompt to respond to our queries and gave very professional and helpful advice.With special thanks to Andrea Staley for her patience, great advice and for making a potentially rather difficult process as stress-free as possible - We are so grateful for their assistance and cannot recommend them enough. Thank you!

ADAM President
13:01 14 Jul 20
The expertise, professionalism, customer service and value for money we experience with FTA Law is excellent. nothing is too much bother and the reassurance they provide during sometimes difficult situations is very much appreciated. Anyone looking for HR and Employment law support will be thrilled with their services....plus a lovely bunch of people who cut out the legal jargon in a no nonsense manner.

Sofia Mendes
07:22 10 Jul 20
Having worked very closely with FTA LAW for over a year, I can undoubtedly say they have been extremely professional, always on the end of the phone if I need help or even just have a simple question. Always supportive. Everytime you call you have a friendly voice at the end of the line, most importantly for me has been that everyone seems to be fully informed of everything, no matter who you speak with, there is always an answer.All the team is extremely knowledgeable, dedicated and above all very professional.

Jaspal Bhachu
19:48 02 Apr 20
I approached FTA Law, via recommendation, for employment and HR advice as I required clarity regarding furlough leave for my employees. Sarah, was the one that provided me with my advice regarding the sensitive issue She knew exactly what’s she was talking about, especially regarding something that had only been issued to the public a few days previous. Sarah answered my immediate questions and gave me clarity on the situation without hitting me with legal jargon. I would highly recommend Sarah for her employment expertise. Director - Martin & Co - Wakefield
See All Reviews Write a review

Employment status is a topic of employment law that is constantly being debated, especially in the dental industry where it can be difficult to establish whether someone is genuinely self-employed, because of the way in which dental practices work. Most dental associates and a large proportion of hygienists and therapists will be engaged at a Practice as self-employed, however in reality it is the way in which those individuals work, rather than what is written on a piece of paper, that will determine their self-employed status. This is a topic that was addressed in the recent case of Varnish v British Cycling.

The self-employed individual was a track cyclist and her contract with British Cycling was not renewed due to performance, however she alleged this was an act of discrimination and unfair dismissal. The Employment Tribunal decided that she was not a worker or an employee and therefore could not be unfairly dismissed.

The Employment Appeal Tribunal (EAT) made the following observations in respect of the historical decisions on employment status:

The tribunal in this case decided that the use of public funds from the National Lottery to provide coaching, the lack of remuneration from British Cycling to Ms Varnish and a grant from UK Sport that took the place of ‘wages’ was inconsistent with being an employee or a worker. The EAT decided that judgment was open to the tribunal where there was no challenge that the written agreement was a sham.

How this impacts you

This decision shows that the way that self-employed individuals are paid can have a huge impact on their self-employed status, therefore it is vital that the terms of any payment are clearly set out in a written Associate Agreement and these are followed in practice. Looking at the factors that the Tribunal relied on, it is also important to ensure that the parties to the Agreement have equal bargaining power and there is no mutuality of obligation.

At FTA Law we draft bespoke Associate Agreements that protect your Practice and contain various self-employed indicators. Contact our employment team on 0330 088 2275 or [email protected] for further information.

The team at FTA Law provides advice to clients across the commercial and healthcare sectors with many of our instructions coming from referrals from long standing clients and industry contacts.

We understand that price is a big concern for our clients and we always aim to offer a fixed fee for our services. 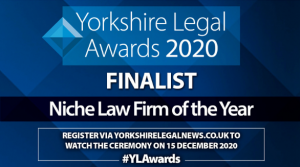 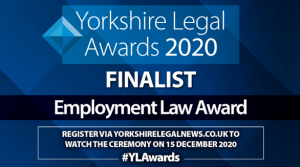 FTA Law Limited is registered in England and Wales with Company Number 09885679.
Authorised and regulated by the Solicitors Regulation Authority
SRA Number: 627194